As the weather is so good the children have been spending mopre time outside. We’ve had the chance to see blossom on trees and water the little plants that hopefully will give us some veg in the Summer.  There has been some lapbooking to do as Roni is making one about the trip to the Convent before Easter. Sr Kath asked for one they could have there for visitors to see, so that’s what we’re doing.

We added a bit more to the lapbook about the moon thanks to Josh giving us a huge map of the moon he had hidden away in his room. Roni has marked the place on his moon picture where the Apollo 11 landed and he has marked a place where there are a few craters named for Fr. Clavius SJ. There are over 35 areas of the moon named after Jesuit Astronomers, so we picked a couple of them to add to his lapbook.

Iona went shopping with me yesterday to buy a proper note book with colourful gel pens for her Open University Open Learn work. Honestly that is just so girlie! Anyway work is under way and it’s very colourful and shiny work.

Things get interrupted sometimes such as when Helyna came in from the garden to tell Iona she needed to come now  because she had helped the rabbit escape his run!

Iona has been commissioned to make another cake so the house smells of chocolate. Not bad. 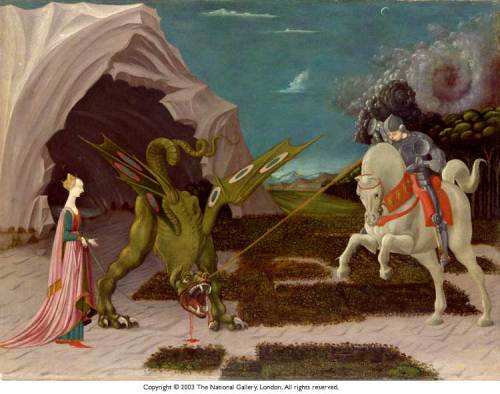 It’s the feast of St George today, Patron Saint of England, so the children listened to his STORY HERE. I’ll put this website in my sidebar when I update soon as there are a lot of stories and the lady who reads them has a good voice. I liked the fact that this version of St George and the dragon talked about the rules of chivalry. Ronan has a knight dressing up set and we talked about those rules when he last wore it. It’s a good way of teaching about being a hero and treating women and little sisters respectfully.

One aspect of education I think is quite important is learning to listen. Having stories told to them with no pictures has been something the little ones have resisted a bit. I realised nearly all their story books are fully and colourfully illustrated and then there’s TV and online stories-all fully illustrated. They need to use their imagination too so I’ve been introducing more listening time including reading them Our Island Story which is a good yarn and not too old fashioned in language.

Meanwhile Iona is listening to the lectures from the Storytelling For The 21st Century.

FRIDAY: Got back from the chiropracter and shops to find one of the home ed mums already sorting out lunch in my kitchen. This is the life! Other families arrived and we had our Ladies Who Lunch with Miss P’s 1st Birthday celebration. Iona made the Birthday cake of course. No lesson for the kids this afternoon as it was a party day.

We talked a bit about the children listening to the story of St George yesterday and how I had used chivalry rules in the past with Roni to help him be a better brother. We reckon the ideas of chivalry especially where boys learn to treat girls respectfully would be a good session to do with all the children. Hehehe.

One of the families reported on what it was like having the EWO over for the first time. It had all gone well but it had been nerve wracking.

These once a fortnight times where no official teaching happens, the children just play, are very important. For the children this is unstructured time in which the children get to just be together so friendships can properly form and for us mums it is a time to offer support to each other and plan for events together.

Avila was enthusiastic about the party today and told someone we met. She was a bit stumped by the whole home education thing and even though we told her all about all the home ed families coming over she turned to Avila and said “So, do you have any friends?”

This entry was posted in Uncategorized. Bookmark the permalink.